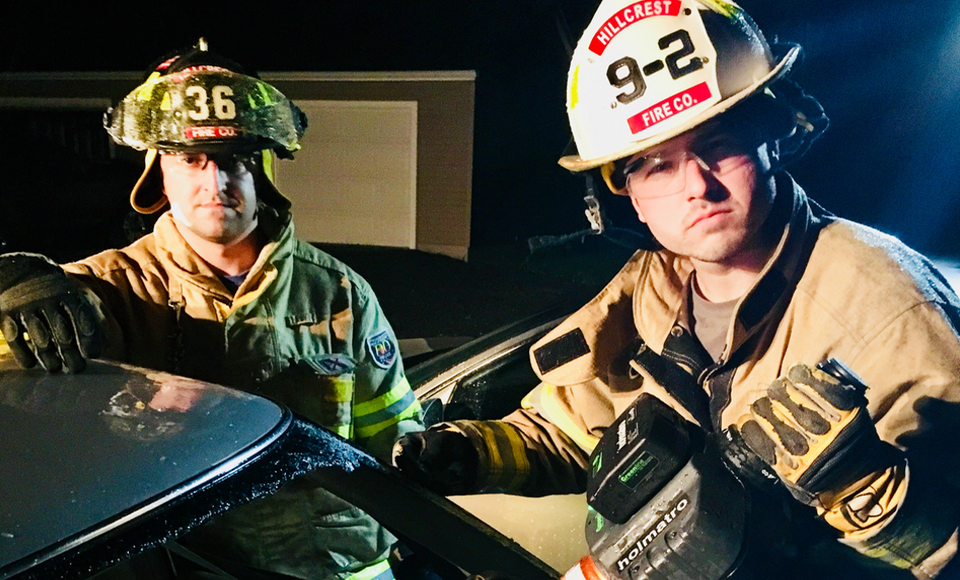 The right equipment makes all the difference.

We’ve all heard the term “duty of care” when it comes to public matters in our local municipalities. Particularly when it comes to things like road maintenance, sewer services, and water services. But, have you ever considered how the term applies to a particular community’s emergency rescue equipment? You should.

Especially if your department’s vehicle rescue gear is more than a few years old. Accident victims and insurance companies alike have recently begun taking legal action against local governments in cases where it becomes clear that, even though there was a concerted effort on the part of first responders to effect a rescue, their rescue gear was obsolete and unable to move or cut the cobalt steel used in modern vehicle frames.

This is something that the Hillcrest Fire Company in the Orchard Park Fire District of New York State recognized early and understands particularly well.

As a suburb of Buffalo, NY, Orchard Park has three volunteer fire companies operating within a single fire district. Within its borders are expanses of wilderness with ravines as much as 10 meters deep, a 72,000 seat NFL Stadium, and a high speed divided multi-state highway, in addition to flourishing residential communities, several large retail plazas, and a portion of US Route 20 which traverses over 3,300 miles from Boston to Oregon. Over 30,000 people travel through the district on any given day, making vehicle accidents an all-too-common event. Altogether, this translates into some unique challenges to Hillcrest’s team of volunteer first responders.

When Hillcrest Fire Company officers and its members considered the increasing number of vehicle accidents in recent years that involved high-end vehicles with the new, stronger metals, they concluded that it was their responsibility to the motorists, tourists, and sports fans traveling in Orchard Park, to invest in improving their firefighter rescue gear. In short, it was time to make their EMTs and emergency response apparatus more effective to meet the changes in motor vehicle structural technology.

That’s where Hillcrest’s Captain Ronald Hendershot stepped into the picture. He was tasked with the job of evaluating and recommending the best emergency rescue equipment to meet Hillcrest’s needs. Through extensive research of several rescue equipment suppliers, Captain Hendershot contacted Holmatro, and was then introduced to Empire Emergency.

During our initial meetings, Captain Hendershot indicated that the maneuverability and the weight of tools with the power to defeat the new ultra-high strength steels now used in modern vehicles were among some of the biggest concerns shared by both he and his first responders. He stressed that any tools Hillcrest ultimately purchased would need to meet those important criteria.

So we at Empire Emergency did what we at do best. We backed up Holmatro’s manufacturer stats with a real-world demonstration that included the types of vehicles Hillcrest would be facing in a rescue scenario. This is where Holmatro rescue equipment really stood apart from other rescue equipment manufacturers. 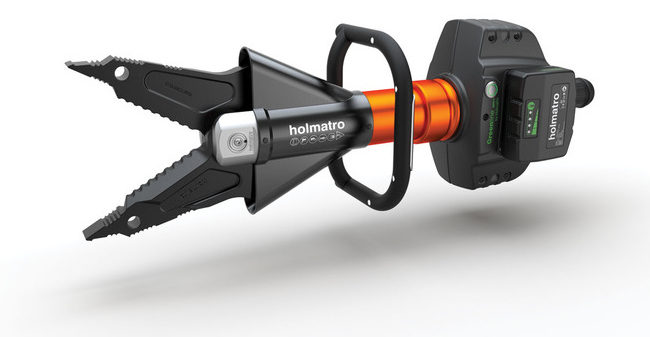 The EN13204-compliant GCT4150 features a 14” Spreading distance, over 85,000 pound-feet of cutting force, and an impressive 47,000 pound-feet of spreading force in a lightweight, compact package. In fact, the complete tool only weighs 43 lbs. As a completely self-contained unit, Holmatro’s Combi tool doesn’t require any external equipment to function, which means the complete setup requires far less space in the rescue vehicle, and makes the device easily transportable to other vehicles if the need arises.

Now just because it’s battery-operated doesn’t mean Hillcrest compromised on power or capacity. Holmatro’s powerful 28-volt battery means that the GCT4150 can be used virtually anywhere, plus the device rated for over 40 min. continuous use. This makes it ideal for quick-responses and immediate deployment, allowing valuable time for more powerful equipment to arrive, if necessary.

The only downside to this success story is that being first responders with a duty of care, it didn’t take long for Hillcrest’s rescue team to put their new tool to use, rescuing a passenger from her vehicle in a particularly intense collision just days after taking possession of their new rescue equipment. But being able to respond and deploy quickly meant that Hillcrest’s EMTs were able to extract the passenger and get her critical medical attention well within the Golden Hour.

Hillcrest’s investment continues to pay dividends more than two years and many tool deployments later, as the Holmatro GCT4150 EVO Combi Tool continues to perform as well as it did the day it was delivered.

From emergency vehicle upfitting to custom fire apparatus manufacturing, Empire Emergency has been delivering rescue solutions to its customers every day that we’ve been operating since 2006. By matching our expertise with excellent equipment and then applying both to meeting our customer’s unique needs with safety, comfort, and functionality as the paramount concerns, Empire Emergency delivers Solutions that Matter on every single engagement. 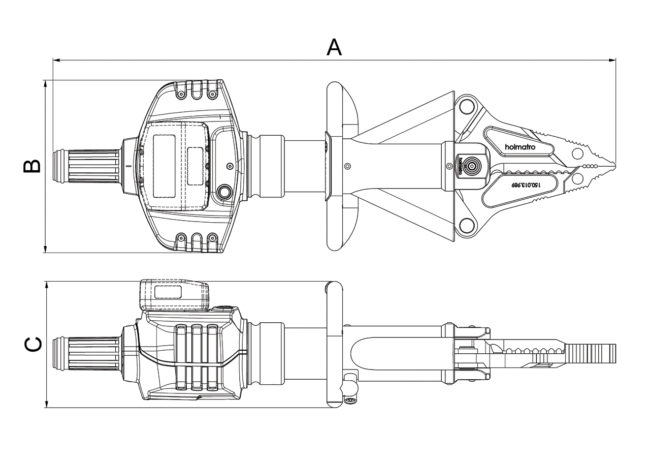 Empire Emergency is your trusted provider of highly-customized emergency vehicle installations that ensure the effectiveness and safety of the men and women who protect and serve our communities. Empire’s emergency vehicle upfit solutions enable fire, police, and rescue teams of all sizes to perform quickly, efficiently, safely, and secure in the knowledge that their equipment is both expertly installed and inspected with meticulous attention to detail.

These are the Solutions That Matter. 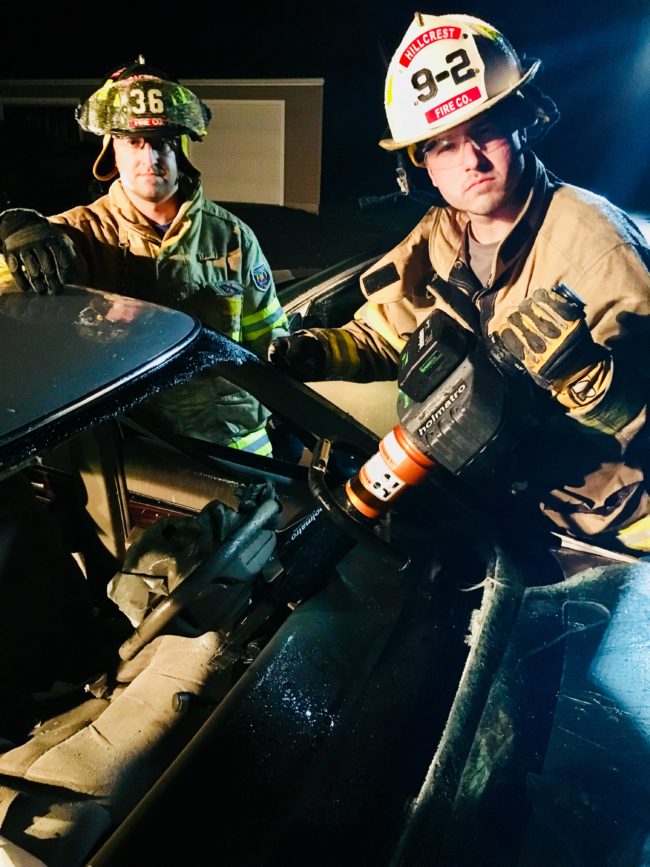 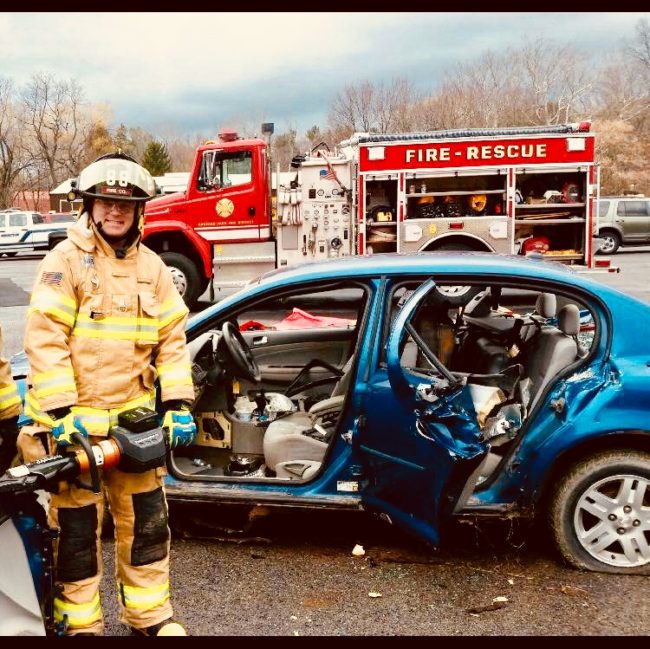 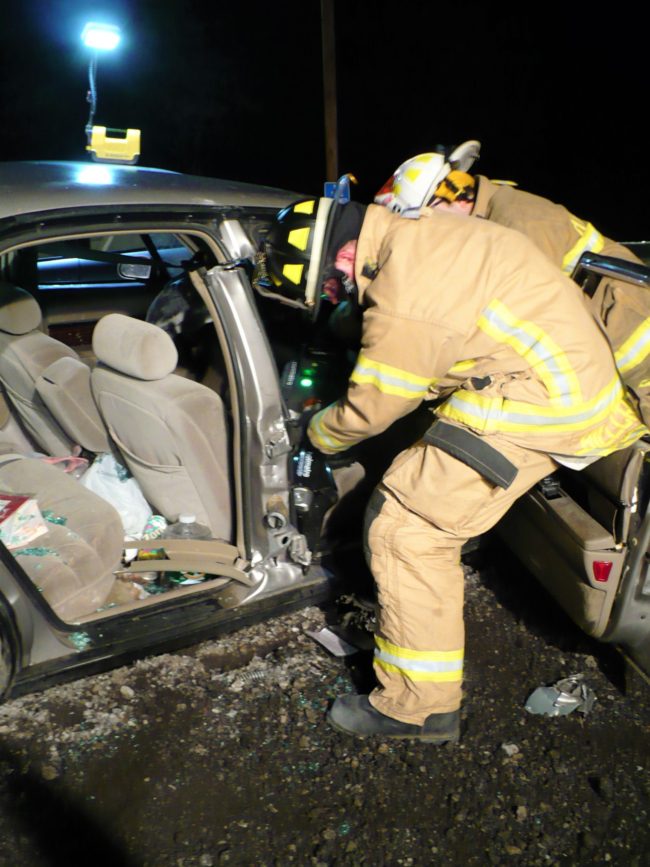 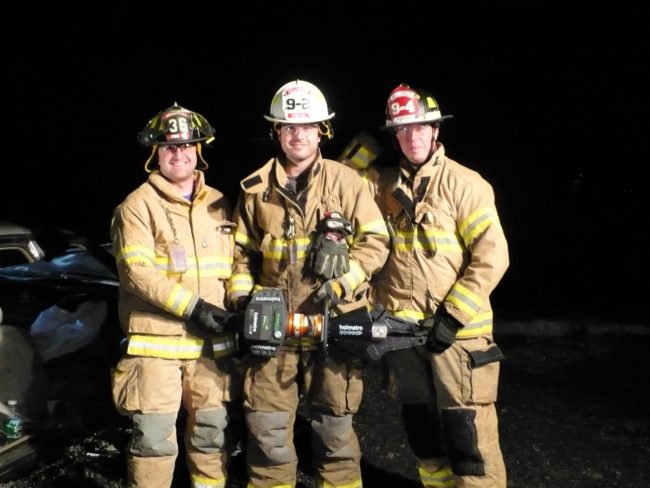 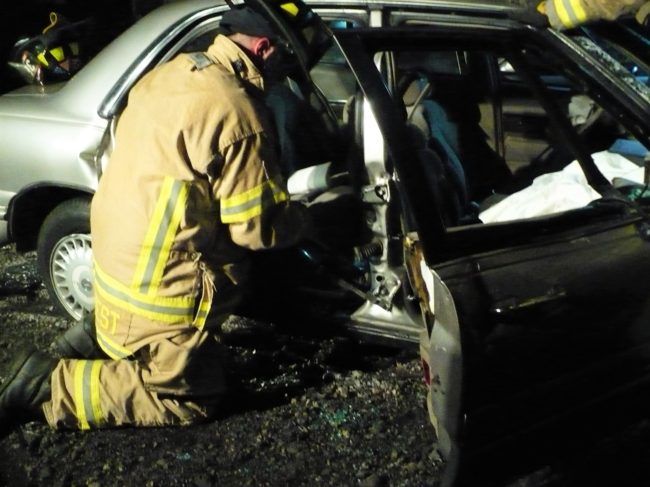 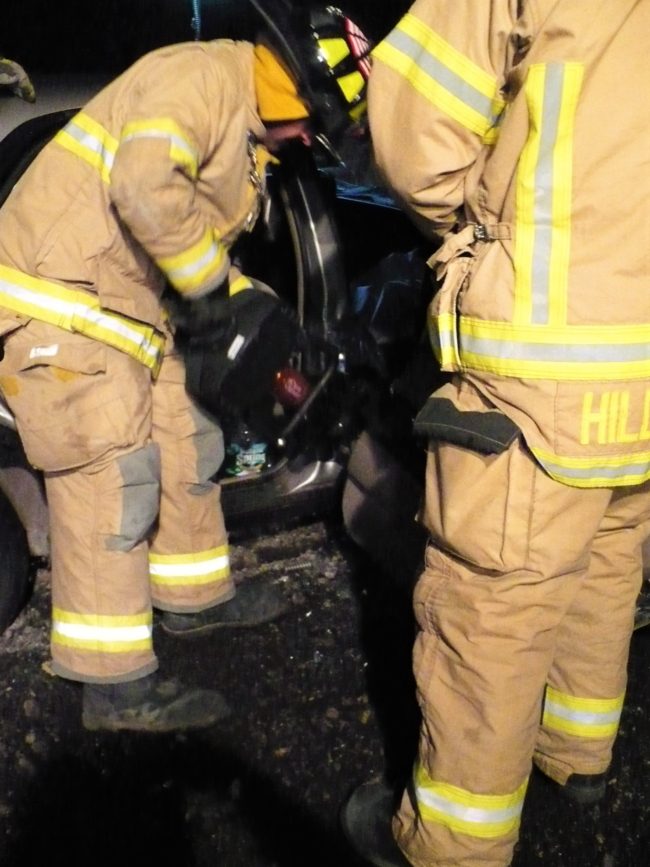 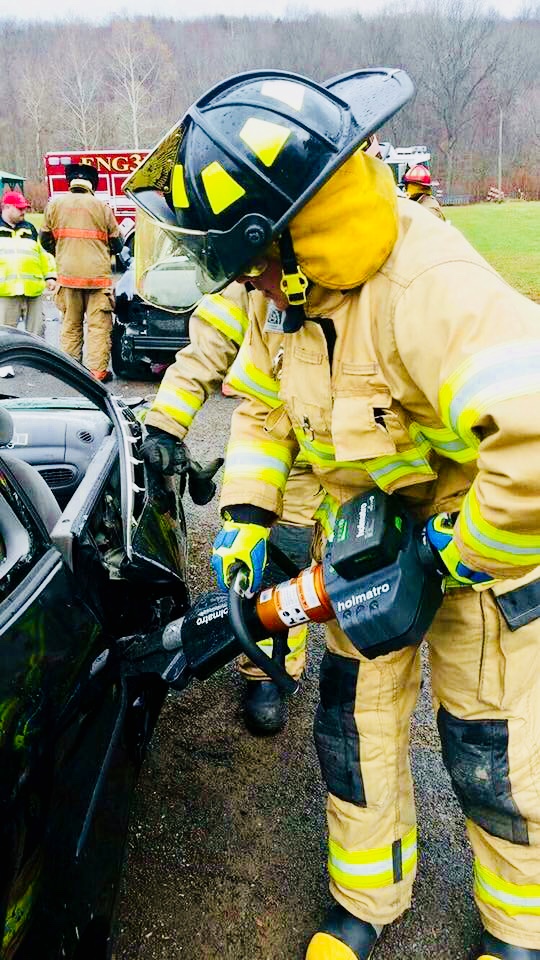 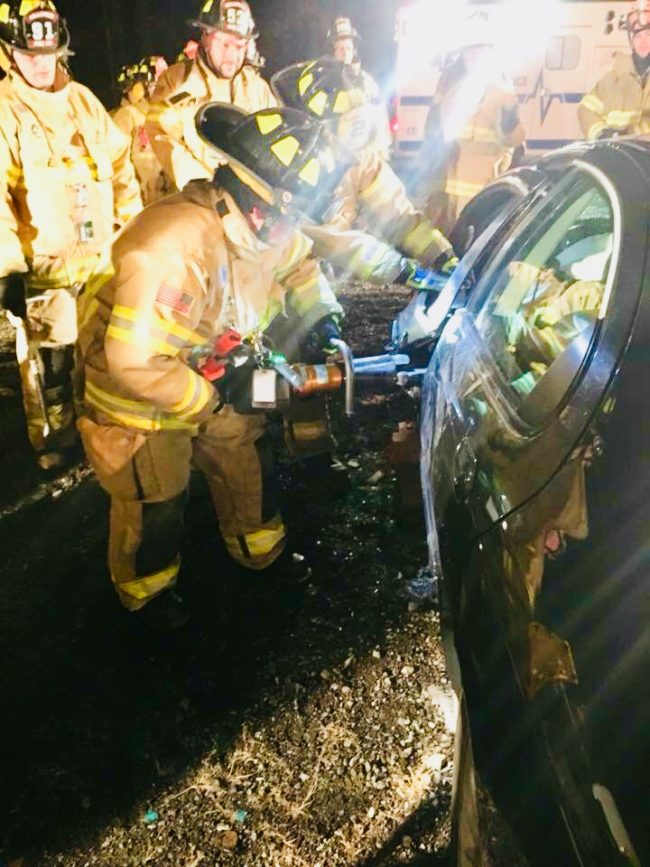